Creating a Better Internet for All - report launched

On Safer Internet Day, the UK Safer Internet Centre launched the Creating a Better Internet for All report, a study of children's experiences of online empowerment and online hate.

The survey reveals young people’s experiences online – both positive and negative. In particular the study explores young people’s exposure and attitudes to the topic of online hate targeted at people or communities because of their gender, transgender identity, sexual orientation, disability, race, ethnicity, nationality or religion.

2.1 million young people have shown their support for a certain group online

Overwhelmingly young people want the internet to be a positive and inclusive place that respects people’s differences and they see their peers helping to create this. The online study of over 1,500 13-18-year-olds conducted by ResearchBods found that 94% believe no one should be targeted with online hate, while 93% have seen their friends posting things online that are supportive, kind or positive about a certain group in the last year, for example, girls, LGBT people, disabled people, or those of a certain race or religion.

An estimated 2.1 million young people have done something online to show support to a certain group in the last year. The report includes examples from young people: 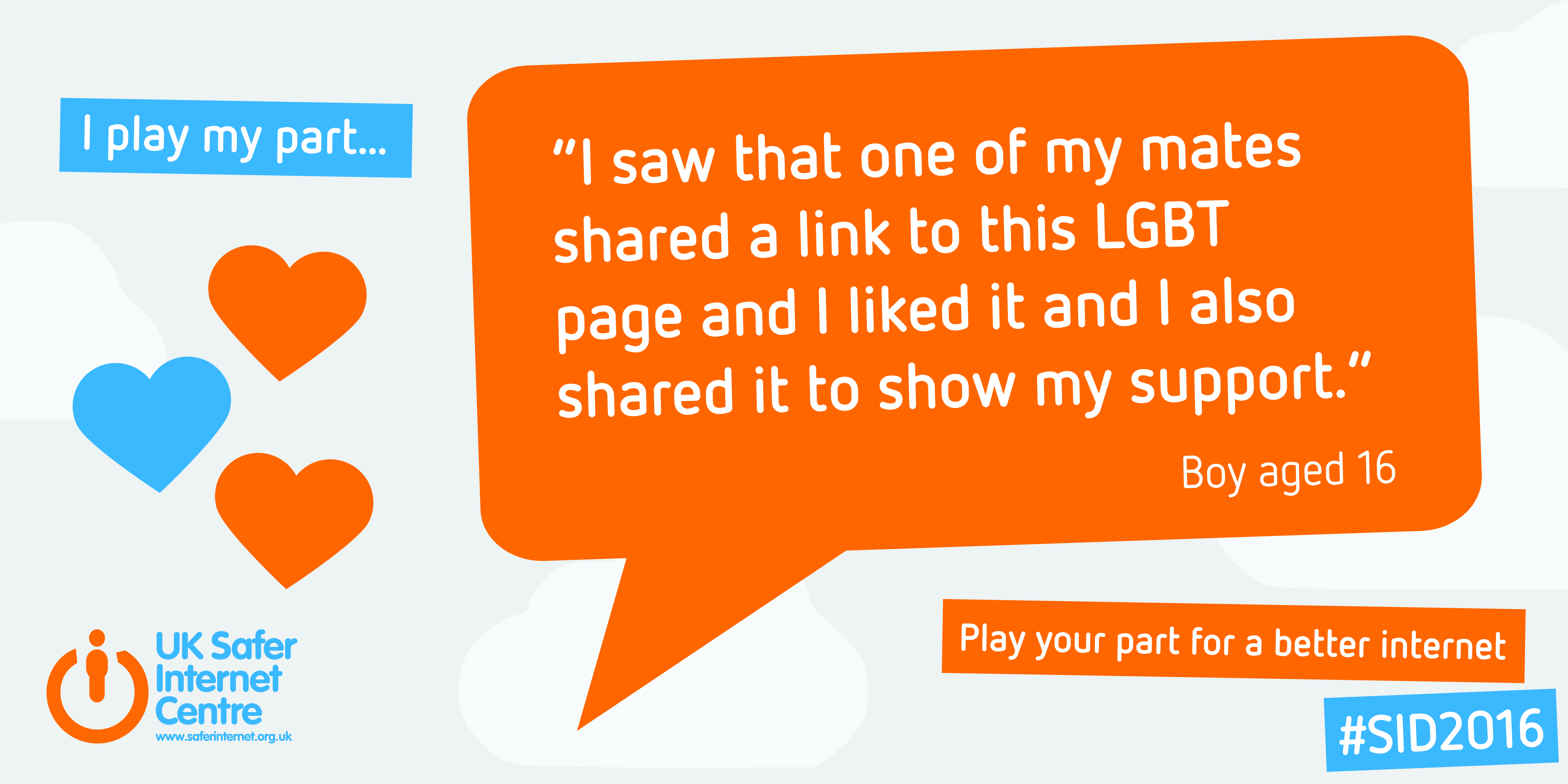 But despite that positive experience, 4 in 5 teens witnessed online hate

The majority of young people have seen something hateful on the internet in the last year. More than four in five (82%) said they witnessed online hate, having seen or heard offensive, mean or threatening behaviour targeted at or about someone based on their race, religion, disability, gender, sexual orientation or transgender identity.

More worryingly, almost a quarter (24%) reported to have been the target of online hate themselves in the last year because of their race, religion, sexual orientation, disability, gender or transgender identity.

As a result, some young people are self-censoring with nearly three quarters (74%) saying that online hate makes them more careful about what they share online. 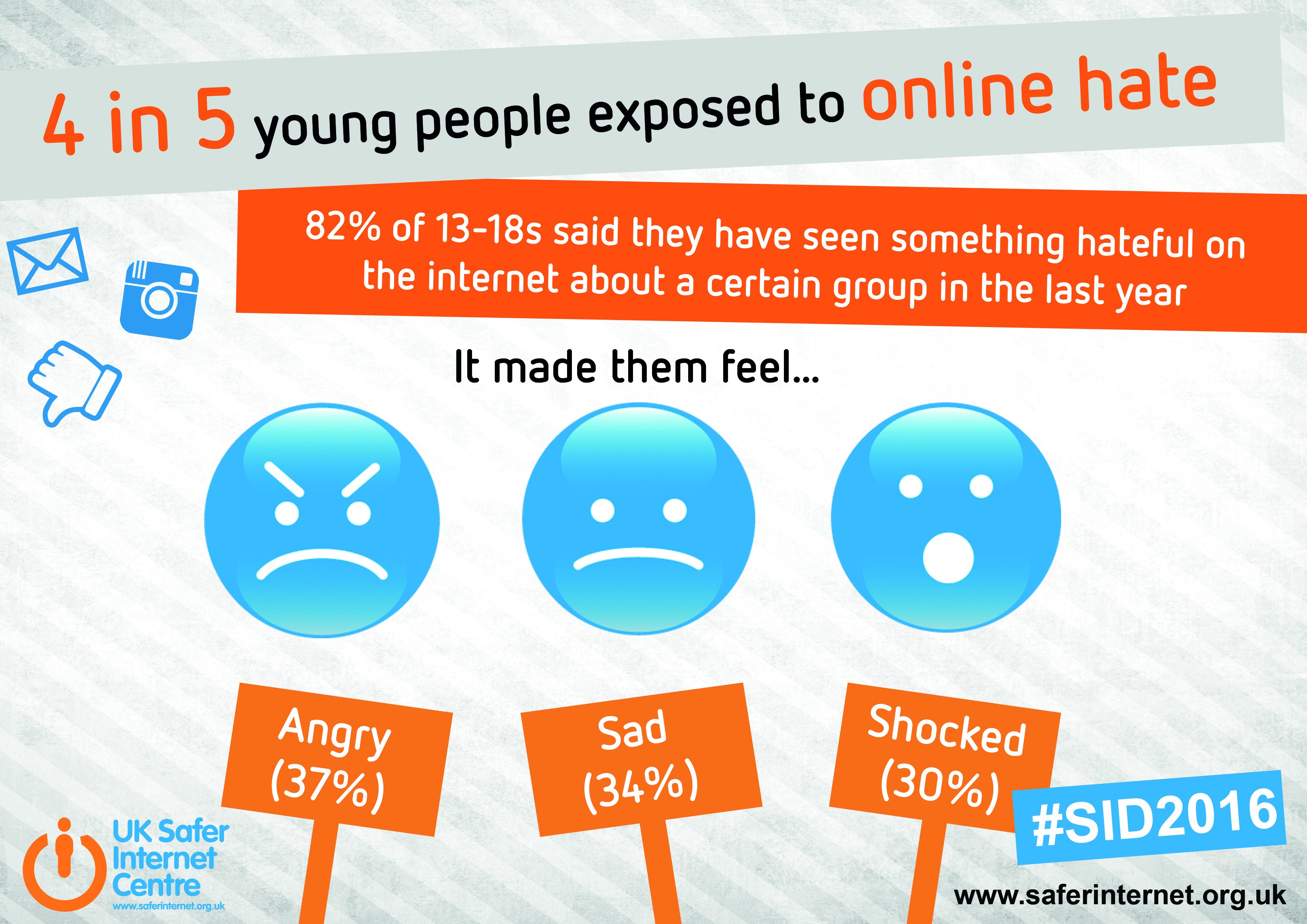 The study reveals that more needs to be done to empower young people to take action over online hate. While 84% of young people had seen people responding to defend a certain group that is being targeted online, the most common strategy among those who had witnessed online hate was to ignore it (53%).

While more than two thirds (68%) of those who had witnessed online hate in the last year say they know how to report it to a social network, in practice just a fifth (20%) actually reported it to the social network, app, game or website where they saw it. 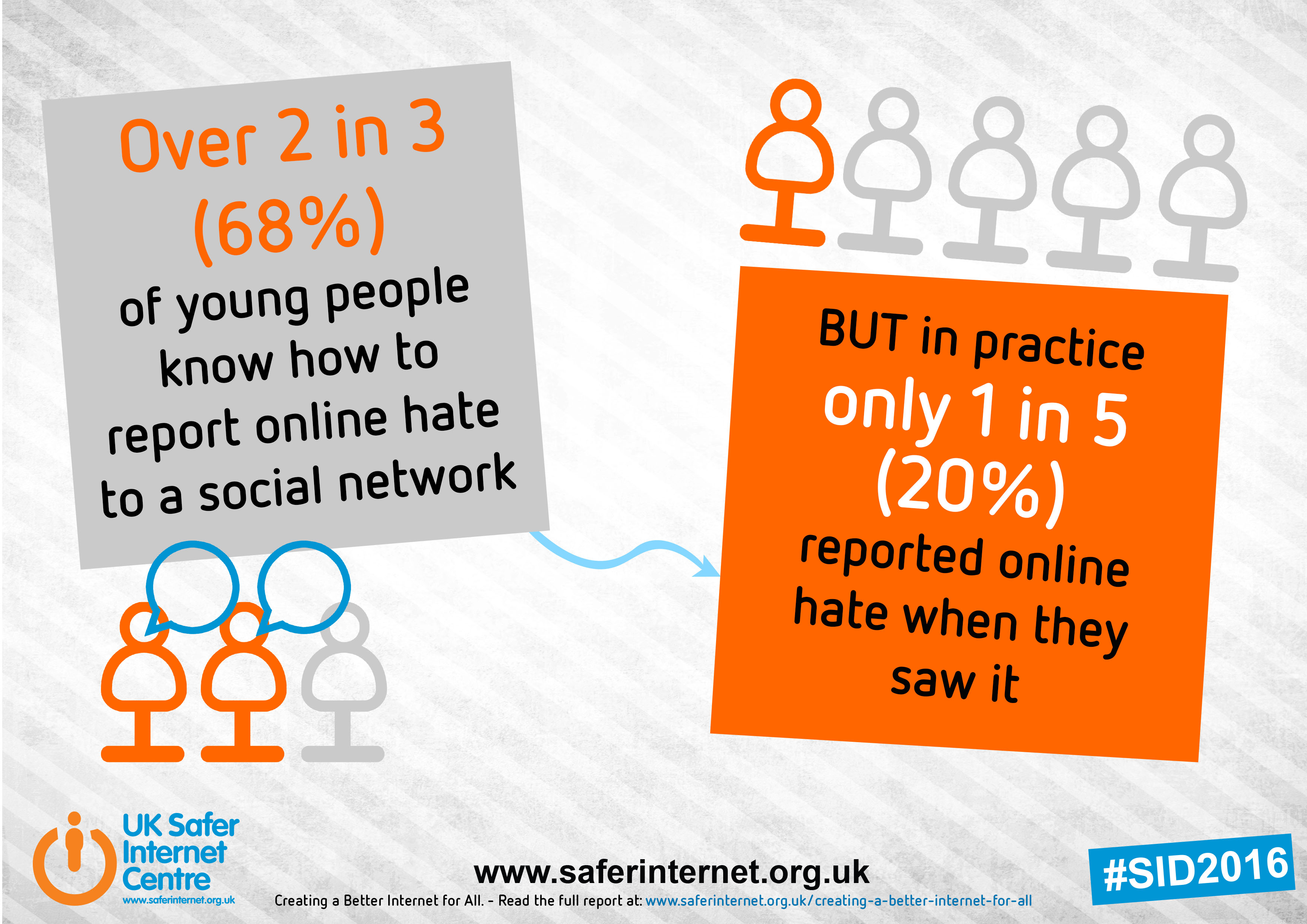